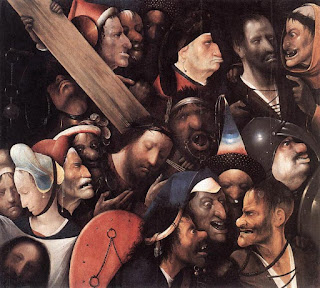 "I will declare the decree: the LORD hath said unto me, Thou art my Son; this day have I begotten thee." (Psalm 2:7)
The term “only begotten” (John 1:14, 18; 3:16, 18) refers to Christ’s unique and eternal Sonship. In Heb. 11:17 the writer indicated that Abraham was offering up “his only begotten son.” Abraham literally had two sons, Ishmael and Isaac. But it was Isaac who received the recognition as being the “only begotten son” which goes to show that the phrase “only begotten” should not be taken literally. The term “only begotten” designates a unique relationship. Isaac was the only begotten son in relation to the Abrahamic covenant. He was the promised son. Isaac, in relation to Abraham, was one of a kind. In a similar sense, when the Bible speaks of Christ as the only begotten of the Father, Christ is the unique – one of a kind- Son of God. The Bible designates angels as sons (Job 1:6; 38:7), and believers are also called by the same title (Jn. 1:12; 1 John 3:2). But Christ is the only unique Son of God, distinct from any other. The Lord Jesus shares a relationship with the Father unlike any one or any other (see John 17:5).
Not only does the term “only begotten” denote uniqueness, but also eternality. Some cults (i.e. Jehovah’s Witnesses and Mormons) teach that Christ was not eternal, rather He was the first created being; therefore Christ is an elevated creature, even a god. This false doctrine can be called Arianism. The Bible declares the eternality of Christ in passages such as Micah 5:2 “whose goings forth have been from of old, from everlasting;” John 1:1-2 “In the beginning was the Word [eternal pre-existence], and the Word was with God [eternal communion], and the Word was God [eternal being];” (consider also Isa. 9:6 [a son is given – rather than born]; 48:16; Dan. 7:9). Christ was eternally begotten of the Father.
Psalm 2:7 is quoted in two other New Testament passages, i.e. Heb. 1:5 – wherein Christ is recognized as being superior to the angels. The other is Heb. 5:5 – Christ’s priesthood is superior to that of Aaron’s. In both cases the Lord’s unique and eternal Sonship status is recognized.
at September 02, 2009